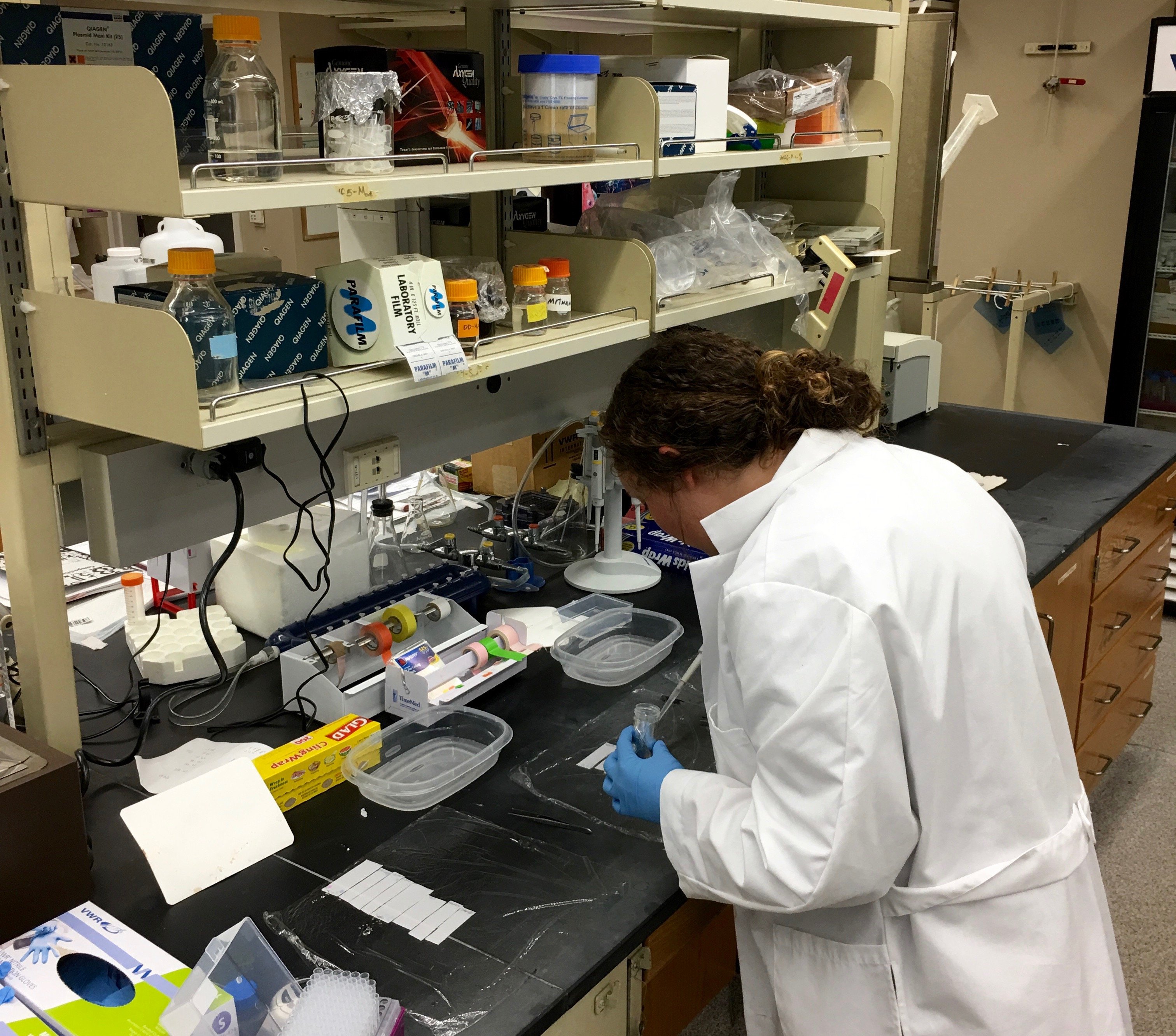 Alzheimer’s disease (AD) is a progressive neurodegenerative disease that affects the memory, cognitive function, and behavior of many individuals worldwide. The disease is caused by an aggregation and accumulation of amyloid-B  plaques and neurofibrillary tangles in the neuronal tissue of affected individuals. Brooke Polinsky, a senior majoring in Nutrition Sciences, is interested in how risk factors such as diet can increase the aggregation and accumulation of these amyloid-B plaques.

Brooke, along with the help of her mentor Dr. Jeganathan and his team, conducted an experiment on mice to test her hypothesis. The control group was fed a standard chow diet and the experimental group was fed a high fat diet with added sugar. Brooke explained that the high fat diet with added sugar would induce obesity and peripheral insulin resistance compared to the control group. After 6-8 weeks the team ran western blot procedures on the mice’s neural tissue to test for increased accumulation of amyloid-B plaques. The team also tested the subject’s weight gain and peripheral insulin resistance.

Brooke and her team found that a high fat diet with added sugar not only leads to obesity and insulin resistance, but it also leads to the accumulation of amyloid-B plaques like oligomers and fibrils. Brooke explained that AD is a rising epidemic that is currently affecting over 35 million people and is the 6th leading cause of death in the United States. Her hope is that information from this study can encourage individuals to reduce their consumption of high fat diets with added sugar to avoid diseases such as AD.